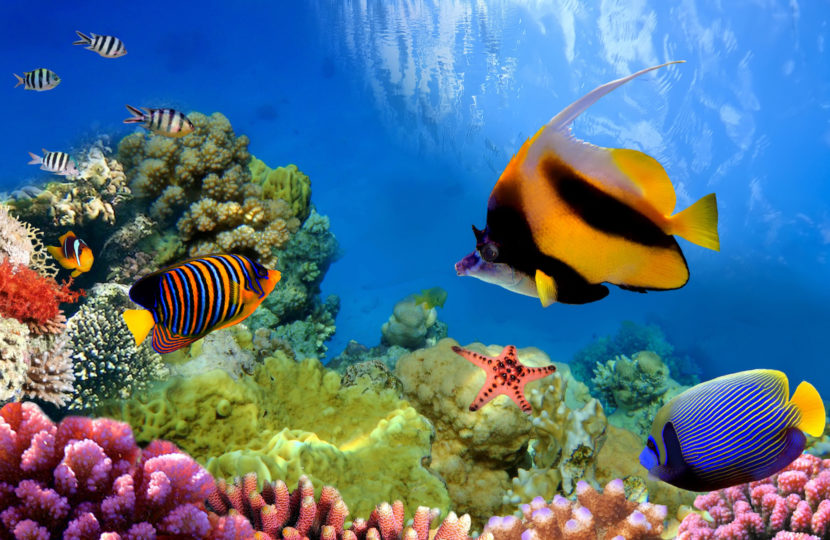 Our Emotional Connection to Nature

With a giant oxygen tank on my back and my mind swirling with the Divemaster’s instructions on “do’s and don’ts,” and hand signals, I barely manage to hover just above the razor-sharp coral. Fortunately, I remember to breathe normally and my fears begin to subside – giving way to feelings of awe and wonder.

I see technicolor coral reefs of countless shapes, edges and textures… some expanding and contracting, almost as if they were breathing…others swaying gently with the ocean current… and schools of bright yellow and blue fish that swim casually past me. The only sound in my ears is the steady but calming hiss of oxygen from my tank.

For a 20 year-old college kid on spring break to the Great Barrier Reef, I felt something surprising, a powerful wave of emotion. As the lump in my throat grew bigger, it was clear that I was experiencing something magical; a whole world I barely knew existed beneath the surface.

Years later, I understand why I got choked up. Everything my eyes and brain processed wasn’t just pleasing to look at. It struck somewhere deep inside. I was connected to all of life in those warm aqua blue waters of the South Pacific. I didn’t feel separate from it.

I was part of it.

And we ALL have the capacity to feel this.

But when I tell people that the current rate of sea level rise means that entire islands in the South Pacific may be underwater in less than 100 years, the typical response is, “Yeah, but what can I do about it?” Ocean temperatures rose so much in 2016 that 30% of the Great Barrier Reef is now dead. This fragile ecosystem is just one example of the silent yet insidious impact of a warming climate.

Our kids and grandkids will be left to figure out the environmental disaster that we’re leaving to them. It’s a daunting task, but one that can be managed if we teach them to understand that the root cause of the problem is that we have forgotten our connection to nature. Though many of us relate to the natural world with awe, wonder, and respect, our species has adopted the belief that we are above nature. We embrace short-term capital gains over leaving our planet in good condition for future generations.

Understanding and promoting this personal nature connection will be our greatest asset in the struggle to counteract the effects of human-induced climate change.

It’s embedded in our DNA to respond to the natural world. It’s why children are fascinated by a giraffe, or almost anything else at the zoo, for that matter. It’s our natural appreciation for beauty that leads us to pay more for oceanfront property, put plants inside our homes, and pull the car over to snap a photo of a stunning sunset.

We are trying to capture something that we feel but cannot touch.

And it’s not just a photo – there’s no shortage of sunset photos on Google and Facebook. We’re trying to capture the feelings we experience when we see a beautiful sunset.

It’s the limbic brain that is the source of emotion and feeling. This is what drives behavior – not the neocortex that runs the rational brain – and is the source of the feeling we speak to when we say, “Go with your gut.” This is also why most people return a blank stare when told that there are over 400 carbon parts per million in the atmosphere.

However hope springs eternal in knowing that our inextricable connection with all life is biologically impossible to resist. We are capable and driven to connect, even if we think we’ve forgotten how to do it.

In 2015, President Barack Obama interviewed naturalist Sir David Attenborough, (voice of BBC’s Life on Earth, and more recently Planet Earth) and asked, “What is it that led [you] to such a deep fascination with how the natural world worked?”

Sir Attenborough responded, “I’ve never met a child who wasn’t interested in natural history. Kids love it. Kids understand the natural world and they’re fascinated by it. So the question is, ‘How did you lose it?’ How did anyone lose their interest in nature? I’ve certainly never lost it.”

Attenborough may never have lost that connection to nature, but it’s safe to say that most people today have lost it. But today we also have an opportunity. Yes, even wealthy CEOs and billionaire stockholders of companies that wipe out entire ecosystems for the sake of the bottom line can feel this. They’ve felt it before and they can do so again.

It’s much harder to try to convince influencers to consider their company or industry’s impact on the environment if they lack an emotional connection to why it matters.

Remember it’s the limbic brain, the source of emotions that truly drives behavior. So as alarming as the grim implications of unchecked global temperature rise is to those of us connected to climate change, there’s a much larger segment of the population poised to rally behind something they believe in. And I believe in a world where we can thrive without exploiting the planet that gives us everything we need for life.

Where have you experienced a connection with nature? The coral reef? The jungle? A mountain?

Follow your fascination to what fills you with wonder.

This inherent emotional connection to nature can be a catalyst, rousing those not yet connected to the impact of climate change. With a personal connection to our planet or to some element of nature, the only natural response is to look out for and care for our planet.